8 greatest iPhone Features that we now take for granted

Home8 greatest iPhone Features that we now take for granted

8 greatest iPhone Features that we now take for granted

This year, the beloved iPhone turns eight years old. In other words, we have spent almost a decade following the news of imminent releases and important updates, counting the days until the next jailbreak announcement, and showing off to friends not lucky enough to get their hands on the newest models. It might sound trite but many of us share a very close relationship with our iPhones. They keep us in touch with friends, answer the mysteries that we ponder, protect our personal secrets, and pretty much make just about anything possible, anywhere, at any time.

It is no wonder than that we often take the iPhone and all of its many thousands of features for granted sometimes. This all knowing and all seeing device has become such a constant presence in our lives that the help which it provides is now similarly invisible. For example, we are all still so enamored by the ‘personality OS’ (Siri, Cortana, etc.) that we never give any thought to simpler things like the fact that an iPhone can store a huge amount of contact names and numbers.

It might not be a very exciting prospect or provoke as much curiosity as a thumbprint scanner, but it is precisely the kind of iPhone feature which streamlines our daily lives and allows us to spend minutes on tasks which would have taken hours in the past. This strange form of ennui is actually a natural part of our increasing obsession with technology and it is something which we will see a lot more of in the future. For now though, it is worth getting back in touch with those iPhone features which we tend to ignore in favor of shinier things.

This guide to the 8 greatest iPhone features that we now take for granted will help you to remember why the Apple invention has managed to stand the test of time. 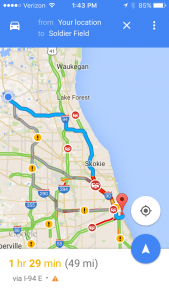 It is easy to forget how tricky navigating in a new environment used to be before step by step GPS directions were a standard tool on the iPhone. The majority of us would have to resort to a resource like MapQuest, but this meant taking the time to find and print out a list of directions. In 2009, of course, Google Maps was introduced for the first time and it was closely followed by Apple Maps in 2012. Whilst Apple Maps did run into a lot of problems initially, it is still used by lots of iPhone owners.

Cameras and Video Recording
We live in a society which is dominated by instant news and images. These days, we are all unofficial members of the paparazzi, because our iPhones give us the power to snap photographs of everyone, everything, and everywhere that we see. Yet, can you remember the days when a camera was thought of as a real luxury on a smartphone device? Fortunately, technological innovations have allowed us to start taking brighter and clearer images and videos, as opposed to grainy snapshots which miss out most of the action. 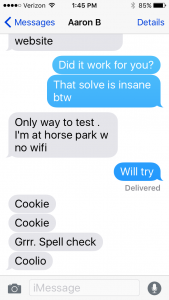 It could be argued that text messaging is the feature which has had the biggest impact on telecommunications, particularly in consideration of the fact that it remains one of the most popular methods of interaction. It is perhaps surprising to realize that the fundamental format of text messaging has not changed very much at all. The difference is that developing organization structures and formats have made it much easier to track, follow, edit, record, and store text exchanges.

24 Hour Email Access
You only have to think about how frustrating it would be to not have constant access to your emails to understand why this feature should not be taken for granted. Whilst it can be handy to enjoy a certain degree of separation from work correspondence, for example, there will always be times when it is more useful to be able to log into your account and fire off a missive within minutes. This is even more useful if you can do it from the train, the coffee shop, at the dinner table, or anywhere else that you happen to be at the time.

Safari Web Browsing
In the days before the first iPhone was released, browsing the internet on a mobile device was a fussy, complex, and time consuming process – even tools like the Blackberry web browser tended to be too slow to make surfing the net an enjoyable experience. These days, web browsing is a lot more efficient and fulfilling because tools like Safari mean that every movement and action is made instantly. It is now possible to use software such as Flash to make sure that users can take advantage of a comprehensive desktop like browsing system.

Wi-Fi Connectivity
For all of those people who have opted for a fancy 4G LTE iPhone, with sophisticated features and all of the modern bells and whistles, it will be all too obvious how much of a strain they can put on the battery life. With the widespread prevalence of 4G internet connectivity now the norm, we have pretty much forgotten that a Wi-Fi connection can be utilized instead.

4G Data Speeds
Thus, we come around to the wonders of 4G data speeds. It is perfect evidence of how fast technology moves to listen to all of the complaints online about the sluggishness of 4G. In other words, it has barely begun to change the way in which we surf the net and consumers are already looking ahead to the next big development. The same exact thing occurred shortly after 3G data speeds were introduced, because once we have gotten used to a particular feature, it ceases to feel innovative. Yet, when compared with previous EDGE speeds, 4G data works very efficiently indeed. 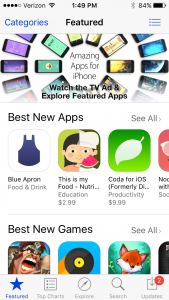 The clichéd cry of ‘I know an app for that…’ has become a clarion call for iPhone users everywhere. There are now millions of apps available on the Apple app store, all fully accessible and easy to download in a matter of minutes. From the most basic of tools like calculators and thesauruses to the most advanced photo editing programs, games, and features, there really is an app for everything these days. Whilst the very first apps were hardly more than rough complements for a stock system, now your iPhone can be used as a gateway to a very big world.

Learning To Appreciate Your iPhone
It is clear to see that a lot has changed since the conception and release of the first iPhone eight years ago. For a start, feature based devices have now made way for much more sophisticated and responsive smartphones. It is this rapid pace of change which has caused us to lose touch with the tools and features which once thrilled and intrigued us. Yet, it takes nothing more than a willingness to step back and enjoy the simple things to really start appreciating all that your iPhone is capable of offering you.